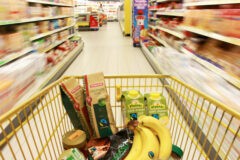 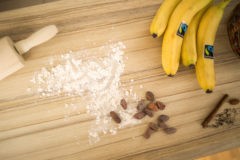 “Be silent.” That’s what teachers told a group of girls when they reported sexual violence in their schools. If they spoke out, they were told, they’d be asked to leave the school, word would spread, and they might be forced to leave their communities. In this sugar-growing community in South America, toilet facilities in schools are particularly risky places for girls, as are social events organized at school after hours. “The men get us to go behind the toilets and because there is no lighting they force us to do things which we don’t like. We can’t tell anyone, as even our women teachers ask us to be silent.”
Today marks the 14th World Day Against Child Labor, and this year the focus is on the critical role of quality education in tackling child labor. As Fairtrade continues working to eliminate and prevent unacceptable forms of child labor in and around producer organizations, it’s clear that a life-changing education requires much more than a building, books and instructors – we must place equal attention on ending gender-based violence.
Fairtrade International, working with producer organizations, has conducted focus groups and interviews in over ten countries with 1,000 school going children and young people in and near Fairtrade farms. Girls and boys alike talked about daunting barriers to education, and many could not see a future in their communities. Girls in cocoa, sugar, cotton and tea-growing communities varyingly reported sexual harassment by teachers, alcohol use by boy students that leads to sexual activity and unwanted pregnancies, and an expectation of silent acceptance. While working on their families’ farms at the expense of an education isn’t acceptable, too many of these young people cannot seem to find a safer option.
According to the International Labour Organization (ILO), child labor has decreased by one-third since 2000, yet nearly 11 percent of children worldwide are still considered child laborers engaged in physically and mentally harmful work that deprives them of their potential and dignity. Sixty percent of those 168 million children toil away in the agriculture sector – many as unpaid workers on their families’ farms.
Even though there have been some improvements, the international community has failed to achieve the 2015 UN Millennium Development Goals targets on education, and will not meet the International Labour Organization’s goal to eliminate all worst forms of child labor by 2016. This means hundreds of millions of children live without the basic human rights they deserve.
It’s clear we need to step up our game. If we’re to turn the tide on education so that it is a viable alternative to the labor of children in rural developing communities, we – ethical certifiers, governments, companies and non-profit organizations alike – must challenge ourselves to find faster, more integrated and better ways to address the root causes of child labor while ensuring that the schools children attend are safe.
For our part, Fairtrade International and our members including Fairtrade America in the United States, believe the key to tackling these related issues is a ground-up approach where Fairtrade producer organizations and communities, and youth in particular, lead the development of goals and strategies generated out of dialogue with each other. Fairtrade is not just about better prices for products, it’s about building a fairer and more sustainable future, working together to protect and enable the next generation.
Children and youth we’ve spoken to have asked that Fairtrade support efforts to increase adults’ understanding of children’s rights.  A group of children in one tea growing area suggested, “Teachers should teach us about human rights and adults should learn about children’s rights… If we know our rights we can defend ourselves.”
We are supporting Fairtrade producer organizations to go beyond compliance with the Fairtrade International producer standards, which have strict prohibitions against child labor.  Producer organizations in many countries where child labor in agriculture is a risk – Paraguay, Mexico, Belize, Colombia, Dominican Republic, the Ivory Coast, Madagascar, Kenya, Ethiopia and India among others – are establishing self-governing systems to monitor and remediate child labor. Importantly, these systems are being designed with young people’s input, and reflect local understanding and community realities. We are collaborating with businesses, governments and civil society to scale up this work.
Tackling child labor in agriculture and attaining the new Sustainable Development Goals will require governments, industry, development organizations, ethical certifiers and educational institutions to recognize that child labor is an outcome of unfair trading relations and related inequalities, but it is also a result of violence against children, gender inequality and discrimination. Here are three recommendations building on ILO’s World Day Against Child Labor calls to action:

No child should feel forced to choose backbreaking work over a potentially life-changing quality education. School buildings, books and instructors are a great first step toward ending child labor. Now, we need to make learning safe, not just for child laborers, but for all children.
Anita Sheth is Senior Advisor, Social Compliance and Development, Fairtrade International.
This piece first appeared on CNN.com on June 11, 2015 and is reproduced with their kind permission.
Photo: Children study at the Centro Educativo del Nivel Basico Motorcross, a middle school in the Motorcross Barrio of Mao that received Fairtrade premium funds via GUIDOM in order to develop two classrooms in 2012, Hato Nuevo, Mao, Valverde, Dominican Republic. Photo by James Rodriguez. 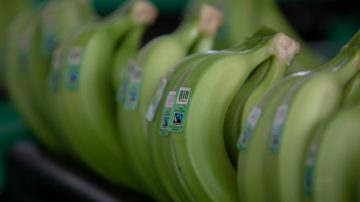